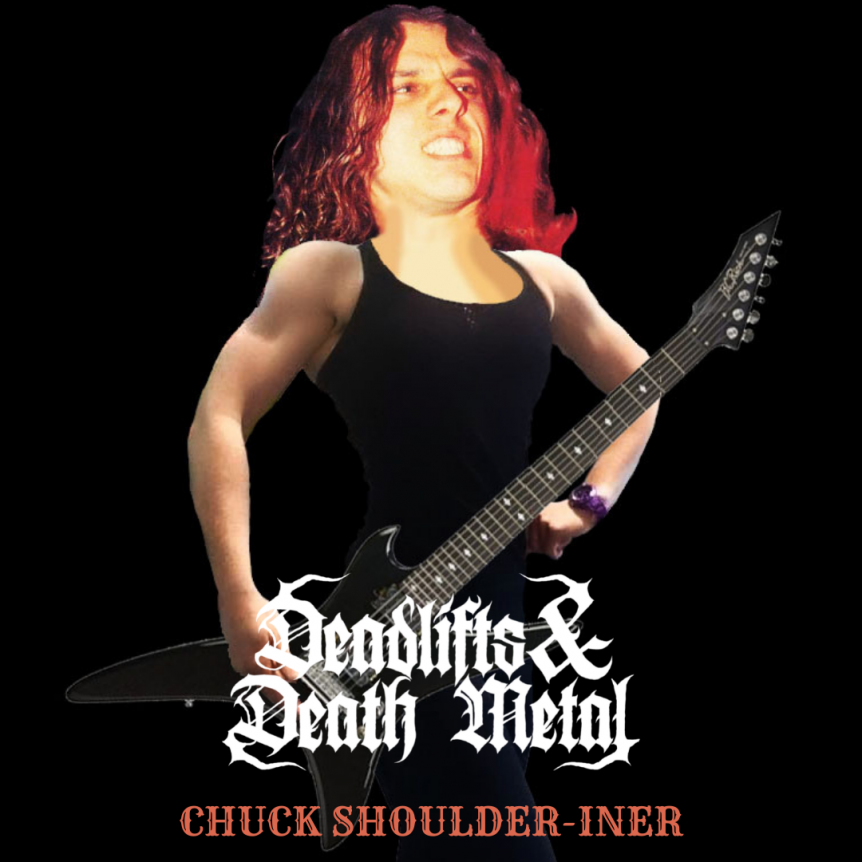 The best approach to building big delts is to use variety.
You have to train from a bunch of different angles and rep ranges, and be careful to balance shoulder work with chest work.

Saying you need a lot of variety does NOT mean that you want to change your workout every week, quite the opposite. It means that you prioritise different angles so that you can hit each of the deltoid muscles – posterior, lateral and anterior – for optimal growth.

It also means that in order to really isolate and fatigue the smaller muscles such as your posterior delts, you can’t use a shitload of weight because you’ll find other muscles taking over as soon as you try to load up the movement.

So if you’re aiming to prioritise delt growth, I’d suggest two approaches:
1. A heavy, compound day done with chest to reduce overwhelming the GH joint and then
2. A workout such as the Chuck Shoulder-iner done 3-4 days later.

This way we get a mix of stimuli (both myofibrial and sarcoplasmic hypertrophy) with a balanced approach that won’t fuck up your shoulder joints – just the muscles.

Crank the playlist during your session, as each song is intended to coincide with the intensity, pain and burning of the workout!

We’re starting with a nice isolation movement to get the rear delts warmed up, as they are the main muscle we’ll be targeting during this workout. Rear delts tend to fail easily at high weights, so by doing sets of 20 we are able to get some tension building without your upper traps or rhomboids taking over.

Make sure when you’re doing these that you’re hinging from the hips and not standing up when it gets hard. Keep your torso bent over and then make sure your wrists and hands finish in line with your shoulders and at the same height. Do not try to pinch your shoulder blades together, this gets the rhomboids and middle trap fibres working and takes the strain off the delt. Round your shoulders forward / protract and think of hugging a barrel, keeping a slight bend in your elbows throughout.

Now we are getting down to business.
A Bradford Press is where you press the barbell in front and then lower behind your head, and one rep is going from front, to back, to front again. If you have shitty shoulder mobility I would not recommend this exercise (please see my Cornholio post for more information) and I would instead suggest a neutral grip, seated DB press.

Typically with a Bradford Press you’d use a full range of motion and lock out fully at the top. I prefer to do these with a partial ROM where I’m only just skimming the top of my head so that I can keep tension on the rear and lateral delts the entire. fucking. time. Yes, you are more likely to fail sooner and yes you’ll probably hit yourself in the face once or twice getting used to it – but that’s fine.

Make sure when doing this exercise you are not arching your back or moving excessively through the torso, just tuck your chin and push your head forward slightly as needed, but keep your core and torso tight and immobile as possible. Your grip should be where your forearms make a straight line from wrist to elbow.

You may wish to start out a bit heavier and then drop the weights on each successive set as fatigue accumulates, as each set is done to just before failure, finishing on the last rep where you can only just get the bar back from behind your head. Fatigue can come on very suddenly so be prepared!

Exercise aim: Compound pressing exercise with all 3 heads of the delt
Song: Choke On It / Lack of Comprehension
Mood: HARD / heavy sets to technical failure

3-4 sets, no rest between exercises

Set an incline bench at about 30 degrees or so and grab a barbell or a pair of dumbbells MUCH lighter than you think you need. Keeping your chest on the bench, go into a wide grip upright row and then keeping your elbows at the same level throughout, externally rotate and then press forward and overhead.
This exercise FUCKS your rear delts primarily, but you’ll also be hitting the lateral and front delts in the process for some 3D shoulder goodness.

Switch over to DBs and stay on the incline. You’re going to front raise the DBs with a neutral grip, then once at shoulder level you’re going to change to a pronated grip and do a little semi circle to your sides, before coming back down and repeating.
If you need to arch your back, swing or use momentum, the weight is too heavy. I’m using 3kg dumbbells and I’m nearly fucking dying. Be humble with the weights you choose – it’s about targeted activation of your DELTS, not your traps, middle back or ego.

If you don’t get to failure on this exercise at some point in the 3 rounds, you’ve been far too conservative or you’ve rested too long either during the set, between exercises or between the rounds.

Sit on the bench and then get stuck into your laterals without resting. You will notice my hands are slightly forward of my shoulders and not perfectly in line – this is intentional as you get better lateral delt activation when you’re in a scaption plane of motion. Lean slightly forward for as many reps as you can to make it as hard as possible, then if you get to failure and can’t raise the DBs up high enough, you can sit up and use a bit of mechanical advantage.

By the time you’ve done your first set, your shoulders will be Crystal Mountains. Then at the second set, your spirit will be crushed and at the third and fourth, you’ll be a Philosopher, wondering why the fuck you decided to do this and how you’re going to drive home.