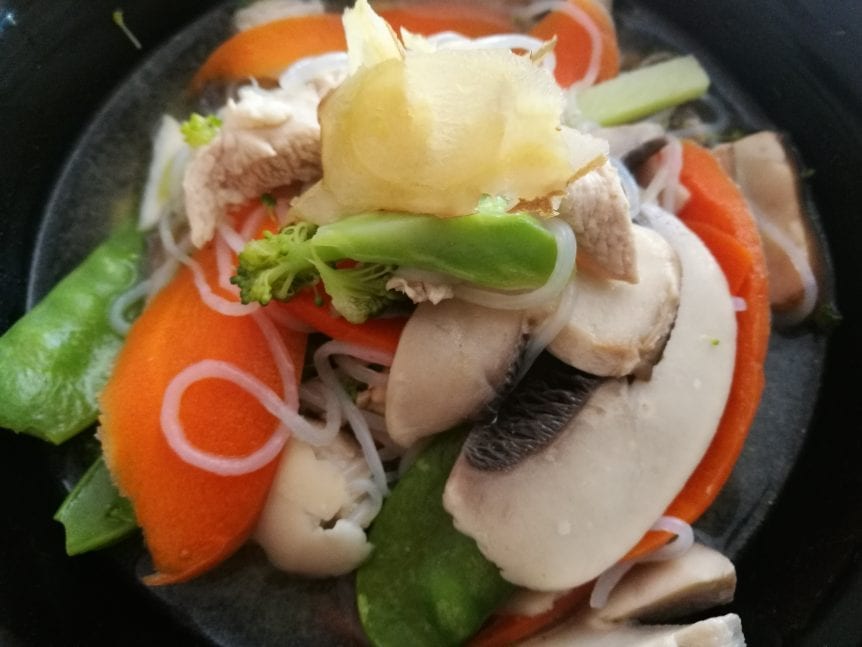 The broth is best cooked overnight in the slow cooker as it needs at least 8 hours to develop.
Place the chicken bones, ginger, brown onion, soy sauce, star anise, cinnamon, coriander, chilli and 8 cups (2L) water in your slow cooker OR place in a large stock pot and bring to the boil before reducing the heat and simmering on low for 2-3 hours.
Once the stock is finished, strain and remove the bones and spices.

Meanwhile, remove the noodles from the packet and rinse well, put to one side.
Add the uncooked chicken breast back to the broth and continue to heat through (either in the slow cooker or on the stove) until just cooked, before adding the remaining veggies and
continuing to cook on low or until just tnder.
Stir the fish sauce into the broth and divide the noodles among serving bowls.