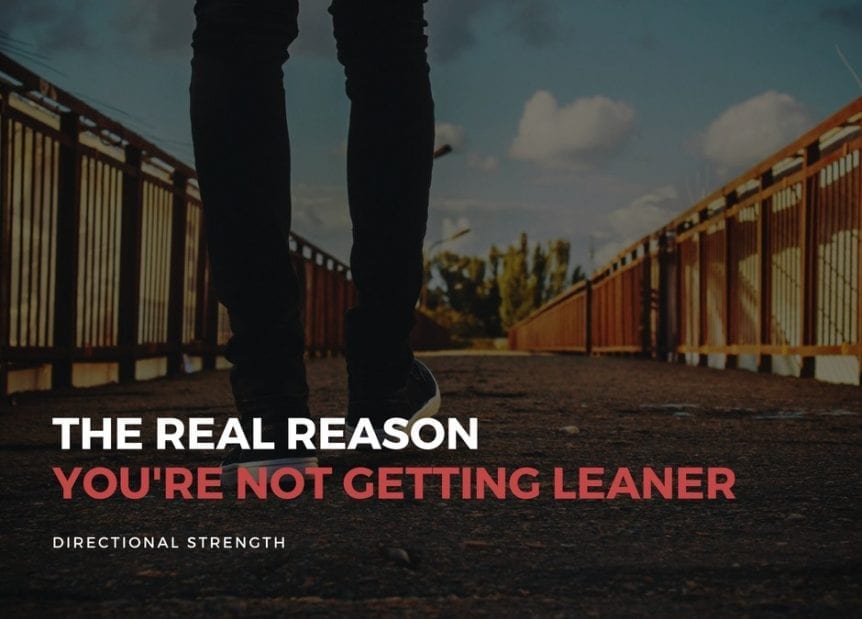 Have you ever wondered how come some people can drop bodyfat incredibly quickly, and why others seem to lose a couple of kg before putting everything back on overnight? Or can’t seem to lose at all?

The idea that some people have “damaged metabolisms” is a bit of a myth.
Whilst I absolutely agree that there are hormonal factors that need to be considered alongside and in relation to calories in vs calories out – chances are you do NOT have a damaged metabolism at all.

What we might have previously thought of as having a damaged metabolic system, or being in “starvation mode”, is now becoming clearer.

It’s a normal, fully functional physiological adaptation that occurs when we adjust our intake or our expenditure called thermogenic adaptation.

Thermogenic adaptation is defined as the ability for our body to alter it’s energy intake and expenditure to maintain homeostasis.
It’s a response to internal and external changes in things like energy availability, climate, hormones, stresses or other factors.

What happens when we create big calorie deficits

So the higher the calorie burn, and/or the lower the energy intake, the more the body’s’ homeostatic settings are triggered and the more dramatic the pushback from our metabolism becomes.

And guess what!?
If you’re successful at dropping bodyweight or bodyfat, CONGRATULATIONS!
This is going to get worse as you go on.

(Makes you think about why we have such an obesity problem, doesn’t it!?)

This is FURTHER compounded by the drive to eat that dieting causes.

You’re in a calorie deficit, your leptin levels are lower, your ghrelin levels are higher – so you’ll get hungrier.
Now you can’t stop looking at the foods you’re trying to avoid.
Now you get cravings, emotional drives and hunger drives that incite you to eat.
Now you’re less energetic, training less intensely and sitting more.

The extent to which this occurs is different for everyone, some people are better at conserving energy than others and some people have a higher compensatory effect than others, but what we know for sure is that this response is natural, healthy and to be expected.

Clues as to why your metabolism is not “damaged” but completely normal and healthy might come from The Minessota Starvation Experiment. Which is the most relevant study we know of that shows what actually happens on a physiological, psychological and metabolic level when we dramatically reduce calories. (Something we probably can’t do today due to heightened ethical boundaries in science….)

In the MSE, male volunteers began a control phase wherein they consumed around 3,200 calories per day, and followed this by a six month period of eating 1,800 calories per day. The effects of this starvation experiment were both shocking and fascinating, and I’d highly recommend reading about it here. Over the time period in which the subjects were starved, they lost more than 25% of their total bodyweight, and were  monitored for adjustments to energy expenditure, psychological responses and various physiological changes. Many of the findings of this study have paved the way for our understanding about metabolic rate, thermogenic adaptations and even eating disorders.

Their metabolic rate dropped over the 6 months, as you would expect.
The second largest contributor to the drop in expenditure under starvation conditions was to the basal metabolic rate, or the amount of calories burnt at complete rest (ie when you’re binge watching Netflix on Sundays). It reduced by 15% and this is attributed to the inescapable fact that smaller, lighter bodies burn less.

The largest contributor to the drop in expenditure was from NEAT

Otherwise known as “Non Exercise Activity Thermogenesis.”
This is the fidgeting, typing of articles, walking to the fridge, toilet, bedroom, walking up the stairs at work that we do each day,  the total accumulation of energy burnt just doing “stuff” that wasn’t exercise.

And if you consider that exercise burns a PALTRY amount of calories each day, far less than we think it does, and this goes DOWN as we get leaner and particularly as we grow better at becoming efficient, ie burning less calories doing the same thing – this is the BIGGEST CONTRIBUTOR to your daily expenditure that you can personally control and manage.

This is the greatest, most variable, most distinctive difference between those who move a lot, and those who don’t. The amount of calories burnt from NEAT can be anywhere from a couple of extra hundred, to over a thousand.

NEAT and mindless eating is 99% likely to be responsible for your “slow metabolism.”

And it makes total and utter sense

Do you or the vast majority of the people you know do this?

If you train, you can throw in a one hour gym session that probably contributed only 200-300 calories “burnt.”
However, as we have already mentioned – if you are under a large calorie deficit through diet your expenditure at the gym will not only be lowered, but the likelihood of you overeating either subconsciously or consciously with a hard training session (I worked hard today I deserve extra carbs, this biscuit, the pudding etc) is vastly increased.

Add to that the fact that we overeat by an average of 30% every day, and you have a recipe for what most people assume is a “slow,” “damaged” or shitty metabolism.

Here’s how to get better results

1. Don’t drop your calories or your carbs too low in the first place.
A 20% deficit is more than enough to get fat loss started and won’t be so low that it triggers significant adaptive responses. (They will STILL HAPPEN TO SOME DEGREE THOUGH, there’s literally NOTHING you can do about this.)

2. Don’t eat mindlessly.
Chances are, you’re eating between 30 and 50% more than what you think you are. If you’re particularly heavy with a large bodyfat percentage, the likelihood that you’re at the higher end of this is greater. Sorry but it’s just what we know, based on multitudes of studied, imperfect humans and their tendency to want to impress people with their healthy diets. (If it makes you feel better, those in the health and fitness industry are ALSO more likely to pretend they eat healthier than they do.)

Have set meal times, eat slowly and without distraction.
Eat at a TABLE as often as possible.

Track your steps each day. If you’re starting a particularly high intensity phase of your training or dropping your calories, make sure you don’t drop your NEAT. Keep your daily steps consistent regardless of your other training habits.

Be mindful that you’re going to want to sit rather than stand, drive rather than walk etc. This is particularly true if you’re getting particularly bad leg DOMs! Going for a walk or getting your steps in not only gets you better results, but helps to relieve those crippling glute and quad pains.

Take the stairs. Talk to people instead of sending emails.
Get up from your desk and walk around every so often. Walk while you’re on the phone.

Make activity part of your LIFESTYLE.

And the great part about this, is if you have limited time in which to train at the gym – chances are you have not impacted your chances for fat loss AT ALL.

So please, get up, go for a walk at lunchtime. Take the stairs instead etc.
It really does add up.

So much so, that you’ve probably been blaming your metabolism all this time when you should have been thanking it for helping to keep you alive 🙂

If you need to be guided through these changes, supplied with a tailored nutrition , workout and lifestyle plan – then look no further.

I have nearly 10 years of experience helping people get better results than they ever could going it alone.